For a man who got into executive coaching “by accident,” productivity expert and coach Don Wetmore has done phenomenally well… 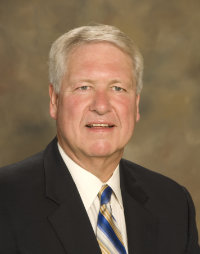 Dr. Donald E. Wetmore is a Certified Executive Coach and author of seven books on personal productivity including “Beat the Clock”, “Organizing Your Life”, “The Productivity Handbook” and over 100 of published articles. Through his executive coaching, consulting and seminars, he helps participants to significantly increase their personal productivity and work/life balance and accomplish more in less time with less stress. During the last thirty years, Don has completed over 2,000 domestic and international engagements for more than 100,000 people from around the world.

Andrew: Welcome, I’m here with Don Wetmore, a Center for Executive Coaching graduate. Don, thanks for taking the time to be here.

Don: I’m delighted to be here, and I appreciate the invite.

Andrew: Tell the people listening about your coaching practice.

Don: I specialize in coaching small- to medium-size businesses, and professionals consistent with my background. I’ve been an entrepreneur throughout most of my life. I don’t have a lot of experience in the upper echelons of the Fortune 500 clientele. I currently work with 10 clients. I meet with them on a regular basis. Two of them are corporate VPs. Two are attorneys. Two are guys that own an electrical company.

The issues are typically around business management, marketing, business promotion, relationships, and supervision.

Andrew: How did you get your practice started when you made the decision to jump into this?

Don: By accident. I think everything I have ever done in my adult life has all been around coaching. I’m an attorney by background, and a college professor, and a dad, and a grand-dad. A lot of that is just coaching. Everything that I have ever done is an excuse, I guess, to get in front of people. But I got into coaching formally by accident. I was on the faculty at Mercy College in Dobbs Ferry, New York. My boss of my department came to me, this was some 30 years ago, and asked me to put together a program on time management and productivity. I was doing lots of things and he thought maybe I knew something about the topic. It was going to be for our students. These are kids who were getting degrees in business and nobody ever taught them how to manage their time. I was really flattered to be asked. I got the program together. It was a two-hour program on basic time management skills.

In any event, long story short, they didn’t have a budget for it and it just kind of sat there. So, I just started teaching it on my own. It was a two or three-hour program. Then at the end of the program, people would say, “I’d like to have some special help.” I said, “Sounds like you want me to be a coach.” And then, off I go. That was the origin of it all. And here it is 30 years later.

Now I have presented before over 100,000 people. I have done over 2,000 engagements. Those are not all one-on-one coaching engagements, but a lot of that is coaching.

Andrew: That is a long and distinguished career, especially by accident.

Andrew: What is one case study that you might take us through about a client you are most proud of?

Don: Bob is probably the best example of that. He was moving up the ranks in a major public utility. I was invited to present at a Board of Directors Meeting by the President of the utility. And after the presentation, we connected and chit chatted about his career. It was a couple of years later that he called, and he had gotten a promotion. He had two people that he was supervising who were having issues. He asked me if I would be willing to coach them. That lead to my working with those two individuals for some period of time. I got to know Bob a lot more through this as I went onsite and met with his two people and followed up with him.

In the course of the conversation, he was on the fast track, but he was on the burn out side of the fast track. He was in his 30s. He had two small children, and no time for the kids. No time for golf. No time for sports and all that sort of thing. It got to the point where he engaged me as a coach. I focus in on a lot of work/life balances. That is my overall topic, personal productivity. Over a period of about four years, he started from the point of heading to a dead end to the point where it was really going to burn him out. He was putting in 80 to 90 hours a week. He had poor work/life balance and all those things that go along with it. With our work, he was able to take control of his life.

He posted a picture of himself and his son, 12-year-old son, on social media last summer. I was just so proud of it. He was going to his son’s baseball camp, where he took off five days to go and hang around with a bunch of stinky 12-year-olds. It is an overnight camp. The picture is of Bob and his son sitting on these little buckets and talking about baseball.

He cut back his work to a reasonable hour. He got promoted to CFO, which is far in excess of what he thought he would ever achieve. I take great pride in that. I never take the credit. As a coach, I don’t think any of us ought to take the credit, because the client certainly deserves the credit. And beyond that, if I took the credit for the good things that happen to them, I would have to take the blame when it doesn’t work. I can’t deal with that.

But, yeah, I’m very proud of that outcome.

Andrew: That’s really powerful and a good example of what coaching can do. You got someone their life back, their family back, and they still got promoted and reached the pinnacle of a career. That’s great.

So, what advice would you give to people listening who want to jump into executive coaching, not necessarily by accident, but they really want to make a go of it?

Don: I wish I would have followed my own advice. When I got into coaching originally, I didn’t realize what it was to be a coach. And I thought I did. I really screwed it up. I hope I didn’t hurt anybody. But I wasn’t being effective. Maybe it was ego. I guess the advice that I would offer is just because you like to coach doesn’t mean you are qualified to coach. And even when you are qualified to coach, it doesn’t mean that the clients are going to flock your way. I just stumbled on both of those issues, trying all kinds of things. I wasn’t really coaching. I was consulting. I had all the answers and was just doing it not the way it should be done.

On the marketing aspect of it all, and here again, it was ego. I have an MBA with a concentration in marketing. So, I thought I was a marketing genius. The first six years I trained only about 600 people. Of that, I don’t think there were more than 8 or 10 who were “coaching clients.” And I was $150,000 in debt. I mean, I was doing some other stuff. But I spent $40,000 on a radio campaign that Mr. Genius here thought was going to produce a flood of clients. And I got nothing out of it. You know, I guess when you get your butt kicked enough, get enough pain, you start to see it all. So, I got involved and started doing some research. I started talking to people who mentored me. I got coaching. And I got involved in a Professional Association.

The bottom line is, when I got the help that I needed, things changed. The first five or six years, I trained 600 people, $150,000 in debt. The next 25 years, I presented to over 100,000 people and I’ve made in significant seven figures income.

The last part of it is, don’t stop learning, even after 30 years in this business. Two years ago, I went down to Florida and attended your program. It was probably the best decision I have made in the last couple of years. My practice since getting certified through the Center for Executive Coaching, has tripled. I was effective as a coach. But I’d be working with maybe three clients at a time. Today, I’m working with three times that.

And not only that, I applied the things that I learned in your session. I focus on small things. For instance, in horse racing, the first horse gets a purse of $50,000. The second horse gets $25,000. The first horse gets twice as much, not because they run twice as fast or twice as far, but because they are doing things a little bit differently. So, I learned, and I did things differently. And you know what? That means I’m getting longer engagements. Prior to your training, most of the engagement I had were one-shot deals, three months and done, that kind of thing. My average coaching now is running close to nine months. My fees have gone up, supply and demand. I’m getting more for doing the coaching.

And you know, if you are doing better coaching, the referral process works even better. Now fifty percent of my new clients come from my existing clients. Those are all changes because of what I have implemented from the program that I did with you. And I continue. I listen to your latest session on doing online marketing, the landing pages. All of that is very, very helpful.

Andrew: That’s great, Don. I’m so glad to hear this. This is a great success story. So, I really appreciate your time.

Don: I appreciate our association Andrew and I really value that. It’s been a great resource for my profession here.