In the above interview, Center for Executive Coaching alumni Kendra Bonner gives wonderful advice based on her experience being both an external coach. She also shares a great case study and advice about when NOT to coach someone. Enjoy! 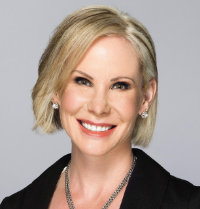 Andrew: Welcome, I’m here with Kendra Bonner, a Center for Executive Coaching graduate. Kendra, thanks for being here.

Kendra: You’re welcome. Thank you for having me.

Andrew: So, let’s just start, if you can tell folks about your coaching practice and how you got there?

Kendra: Sure. I spent most of my career as an internal or development consultant where executive coaching was as natural part of the job. And then I had the opportunity to have an external consulting and coaching business. And that really helped me ramp up that side of my business and formalize it.

And now, in my current role as an internal coach and consultant, I am able to use those skills sets formally and informally on a regular basis.

Andrew: Okay, great. So, what would you say are the differences in going from internal to external coaching for those considering one or the other?

Kendra: Sure. As an external consultant, my engagements were more formula, had contracting, typically aligning with the Chief HR Officer, some other executive leader within a company, defining timeline, specific deliverables and results, and following what we would typically do as an executive coach…that formalized process. Obviously, there are financial opportunities with that engagement as well, which is different than how I operate as an internal.

What I have seen as an internal coach, what I do as an executive coach can range from the simple hallway or elevator conversation to a critical incident with an executive as support. Or what I happen to be doing now, which is part of why I’m so engaged and passionate about my current role in a device company…We have decided that individual development plans, a concept called a “Big Question in Executive Coaching” would be part of our 2020 fiscal year goals for the entire executive level staff that I support. I’m aligned with our business unit president, and each one of those leaders to define that plan. We do formalized coaching as a part of that process.

Andrew: That’s great. And what does that mean, a Big Question? What do you mean by that?

Kendra: Sure. That is a process that my current leader defined as “what is that one thing?” What is that one lever, that one area for more confidence or area of leadership and development that might be preventing that executive from moving forward and being as successful as they can be, either in their current role to grow within their career? Or what is that one lever or big question that — if we were able to polish it, address it, move forward, and improve in that area — it would really help take them to the next level? We are focusing on one key issue, even though there might be a couple of behavioral issues as you peel back that onion that might address it. It really helps focus the plan, and ensures the individual is focusing on what can really catapult them to the next level.

Andrew: What about an example? What is one example that you are really proud of where you moved somebody where they were to a better place using coaching?

Kendra: Sure. I think the example that I am most proud of and enjoyed the most involved helping a COO transition to a CEO position. And this leader already had a lot of natural strengths in leadership capabilities. I wouldn’t say it was a person where there were major rough edges, insights, or gaps, or blind spots to address. It was as much about thinking through how that leader wanted to brand himself in that new role. He had grown up in the company, 30 plus years, and worked himself up from the very bottom of the organization. And so, he was everyone’s friend and pal, which was a great thing. Everyone knew he was trustworthy. And they cared about him. But it was time for him to make a shift into who he wanted to be seen as the CEO and he might want to shift his behavior and how he operated with the organization. So, we had a purposeful, I would say 60-90 day plan of helping him think through what that would look like from a strategy standpoint. Even his process of how he led his leadership team in staff meetings that was a little bit archaic compared to the former CEO. He was very appreciative. We were able to make that transition happen easily. And he was trusting in the process. It was one of the most rewarding engagements that I had the opportunity to help.

Andrew: That’s great. That can be really hard to go from the COO being tactical, operational to the more visionary, strategic CEO. That is a great area for coaching.

Kendra: Yeah. The other thing that was challenging about that transition as well, was not only moving from tactical to strategic. I think it had a lot to do with the personal relationships and shifting to how he could be seen truly as the CEO. This included some of the tough decisions that he had to make moving forward that impacted people in a way that was the right thing for the company big picture –b ut might have a personal impact on the relationships.

Andrew: So, you are a seasoned coach. You have done it externally, internally. What advice would you give to anybody who is saying, “I think I want to do this?”

Kendra: I think one of the biggest take-aways that I had from your program, Andrew, is that we don’t lead the horse to water, right? I really learned a lot about the open-ended questions. Partnering with that executive to help them define what that plan might be because ultimately, as you know, that is what they are going to be brought into. But they also know their own personal situation and what might be most effective. So, I would encourage anyone entering this field, it’s less of a consultative approach, right? And I wear both hats. I know when to take each hat off. And it’s more of a guide, a resource, a guide to help that leader find that plan. So, just be realistic about what that role is, really think that through. Both consulting and coaching have their place.

I quickly learned from your guidance and others, I had done a lot of consulting coaching and that is very different than executive coaching. And it’s also rewarding when you make that shift and you realize the goal of executive coaching isn’t to tell them where they need to go, to give them guidance on where they should be, or provide those ideas for them.

Andrew: The people that we coach know the answers. I think the structure of the questions makes the difference. I find that when I insert my advice, they will politely nod. It’s when they come up with the idea that it seems to actually get implemented.

Kendra: And guess what, it is usually better than the stuff that we can come up with, right?

Andrew: That is for sure. Any other advice that you would have for folks thinking about jumping in and how they could be successful?

Kendra: The other advice that I would give, and you speak strongly about this: Do not take the gigs where you are brought on to become the savior for someone who is already going down the drain, right? We joked about that during the program and one of my first assignments, which was a lucrative assignment, was basically someone who had already had an ethical violation and the goal was to get him into a place where he wouldn’t be fired. It was the most disengaging, unproductive executive coaching assignment I have ever had. Sure, I was able to get some funds from it and I learned a lot from that experience. But I would say, that is not the sweet spot. Really it isn’t. You really want to work with someone when you can help them be productive, be constructive, help take them to the next level and where they want to be a part of that process. I was set up for failure in that situation.

Andrew: That’s a really big deal is to make sure we are set up for success, we are not doing someone’s dirty work, and we are investing in the high potentials that can really move forward and want to move forward.

When I look back on where I started, I wonder what percentage I would look at and say, “You know, there is no way I would take those assignments today.” And there were a lot. And that is one of the categories, that last resort before they fire somebody.

Andrew: That’s really good. Well, Kendra, thank you very much for your time. This is really insightful. And I appreciate it.

Enter your name and email and get tips worth thousands of dollars about growing your coaching practice, all for FREE and sent straight to your email box.

PLUS Get the free 120-page ebook: "You Can't Teach a Vampire to Stop Biting: 27 imagined, sometimes impossible coaching conversations that reveal keys to coaching success"

We get many questions about how the process works for you to receive your ICF designation through our executive coach certification and training. This video will give you the information you need. You can receive the training you need for an ICF designation by coming to one of our upcoming in-person seminars plus attending some […]