Above is an interview with Dennis Kight, executive coaching certification graduate of the Center for Executive Coaching. Dennis explains how his initial niche as an executive coach expanded to include leaders working in very agile, fast-paced, fast-changing, high-stress environments. He also discusses a client case study resulting in a 100 million Euro contract for his client. If you are a seasoned professional and interested in coaching leaders to their next level of performance like Dennis, the Center for Executive Coaching programs can help you achieve your aspirations. Consider our distance learning program or one of our seminars. 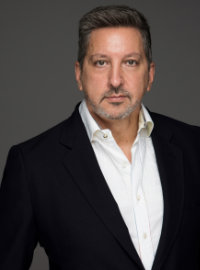 Executive Coach at it works! LLC.  Dennis has 20+ years of global experience with some of the best known companies in the world including Motorola, Cisco Systems, and IBM.  He coaches leaders located around the world who are working in agile, high-stress, fast-paced environments, helping them transform into even more capable and inspiring leaders of their teams and organizations.

Andrew: Welcome. I’m here with Dennis Kight, who is one of the graduates of the Center for Executive Coaching. Dennis, I appreciate you being here.

Dennis: Thanks for having me Andrew.

Andrew: The purpose of this conversation is to give anybody who is thinking about getting into executive coaching a picture of what it looks like, straight from our graduates. So, maybe you can start with just an overview of where your practice is at, who you are coaching, where you want it to go, anything that would help people get a picture of what your coaching practice looks like?

Dennis: My coaching practice actually looks a little different for what I initially thought it would be. Coming from the high-tech industry, I had thought that my niche would be people working in high tech. But what I found is that clients who have been coming to me are clients that are working in very agile, fast-paced, fast-changing, high-stress environments which is very typical for the high-tech industry. But it is also true for other industries as well.

My clients range from high-tech to high fashion to finance, law, hospitality, medical, and pretty much everything in between. I stopped looking specifically for a particular industry to focus my efforts on, finding clients, and looked instead at how aligned perspective clients are to the type of environment that I’m used to working in. And that seems to be working quite well for me.

Andrew: How long have you been at it? And how did you first get momentum or traction?

Dennis: I have been officially coaching for a little less than two years. The traction that I got, I think it was a couple of things. I leveraged my network quite a bit. And I did coaching (even though it was much more directive) in my previous life in corporate. And so, a lot of my network was already used to having coaching conversations with me. When they had heard that I was doing coaching full time either they sought me out individually and asked me for coaching or they recommended people to come to me that they had heard were looking for coaches. That is how traction started for me. It was really word of mouth.

Andrew: Let’s get into a specific case study that you’ve had as a coach. Tell me about a client that you’ve helped get results through your coaching.

Dennis: So, I have one client who approached me. She had been working for a technology company for about 17 years, in the Middle East region. And she was looking at relocating to a different part of the world. She was a little concerned about how she was going to make that transition because the market had changed so much in 17 years. She didn’t know how to interview. She didn’t know how to craft her CV or anything like that. So, she initially contracted with me to coach her on that. For six months, we worked on creating her CV. We were going through her background, identifying the areas of success that she had brought to her organization and the different projects that she was on.

She ended up relocating to Paris and was hired as an Executive by a fairly large company there. And then she asked me if I would continue on coaching after that and helping her to develop a 90-day plan. We built that plan, implemented it, made some changes along the way, and positioned her in a specific way that really showed the value that she could bring to a company. And I would say about 110-days after she joined the company, she was leading the project that signed a contract worth over a 100 million Euros.

Andrew: So, you started with career transition coaching and then moved into coaching for success in her new role.

Andrew: Good. And so, if you were going to give advice to anybody thinking about getting into executive and leadership coaching, career coaching, or business coaching, what advice would you give them?

Dennis: The first advice that I would give, don’t give up your day job until you can afford to give up your day job. I think it’s important, not only from the sense that the finances are there, but you don’t want to come across as being desperate when you’re looking for clients. And so, the more confident that you are when you’re looking for clients, the more likely you’ll be successful in getting those clients.

I would say as well, make sure that you bring value to the table. I think there are a lot of people who like to call themselves business coaches or executive coaches but they don’t really have the experience or the gravitas that they can bring to the table to give them the credibility that they need. So, I would make sure that you do get that experience before you move into coaching in that type of environment.

Andrew: So, be responsible financially. Make sure you have some runway when you’re getting into it. And then at the same time, executive leadership and business coaching is for folks who have earned the right to coach, is that what you’re saying?

Dennis: Exactly. I think that there are a lot of coaches who think that business and executive coaches make a lot of money, so they want to become a business or an executive coach. I’ve had clients come to me, who have said that they have had business coaches before but that they weren’t happy with them. And after our very first session together, they said, “Your approach is completely different from what they did.” I think it’s from what I’ve learned in your school, and this is not a plug for the Center for Executive Coaching, this is actual truth. It’s what I have learned through learning under you, Andrew, and then also from the practical experience of working for multi-national companies.

Andrew: Anything else you would add?

Dennis: I would add, get into coaching because you love coaching. If you love it, you will be good at it. And the money will just follow afterwards.

Andrew: That’s great. Dennis, thanks very much. I really appreciate your time.

Dennis: Your welcome. Have a good day.

Enter your name and email and get tips worth thousands of dollars about growing your coaching practice, all for FREE and sent straight to your email box.

PLUS Get the free 120-page ebook: "You Can't Teach a Vampire to Stop Biting: 27 imagined, sometimes impossible coaching conversations that reveal keys to coaching success"