It has been a pleasure working with J.R. Flatter and his group of coaches. In this interview J.R. shares about his vision, business model, and what he looks for in a successful coach. We are proud to train the coaches in his organization. 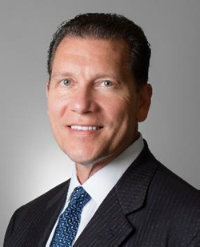 Dr. John (J.R.) Flatter, Ph.D. is an executive leadership practitioner, scholar, professor, coach, and consultant for government and commercial organizations across the globe. As Flatter, Inc’s Chief Learning Officer, J.R. oversees all leadership development and coaching projects and programs. Prior to founding Flatter, Inc., J.R. served 22 years of active duty in the U.S. Marine Corps – rising from Private to Staff Sergeant before receiving a Commission as a Second Lieutenant and eventually retiring as a Major. J.R. is happily married to the former Alicia Flores and they have four grown children and eight growing grandchildren – so far!

Andrew: I’m here with JR Flatter, Center of Executive Coaching graduate. JR, thanks for being on.

JR: Sure, Andrew. Thanks for asking me.

Andrew: So, if you could, tell us about your practice?

JR: I got initially interested in the coaching world because my government customers were asking for coaching certifications, and a very short list that I saw in the Request for Proposals included the Center for Executive Coaching. I literally called you that afternoon and scheduled to attend one of your seminars. I subsequently did, always with the idea that I was going to build a team of coaches rather than go out on my own as a coach. I’ve been a small business owner for almost 19 years. I retired from the Marine Corp and went immediately into business providing support services for the federal government.

Coaching has been, in my world anyway, accepted as a valid and valuable means of personal and professional development. The more coaching has gained a foothold the more it became necessary and valuable for me to learn about coaching and to begin building a team of coaches. I think I’ve sent a half a dozen people through your course. They are all practicing coaches now working for Flatter, Inc. and also independently on their own. They are not just solely working for me.

I’ve also built a team of coaches that are International Coaching Federation (ICF) certified as well as Center for Executive Coaching certified. They are delivering coaching to senior leaders in the Department of Defense, Department of Homeland Security, and Department of State, which are my primary customers.

Andrew: What are some of the top issues that the coaches tend to be working with these individuals on?

JR: Well, if you can imagine senior leaders in the government, they have been in their professions anywhere from 20 to 30 years and have been to any number of training & education experiences. As they begin to approach a place in their career, I wouldn’t say they’re removed from trusted staff, but in many ways, they are an island. They are looking for and need coaches that they can have conversations with, that they wouldn’t necessarily have outside of that confidential arrangement that we have between a coach and a leader. They can talk about their personal and professional challenges that they are confronting. The coaching model lends itself to our coming in as an objective outsider. Through the skills that we learn through you and our coaching practices of leading, guiding, and facilitating decisions, our customers can reach a point that they might not otherwise get to through a mentoring relationship or a consulting relationship. It’s another resource that’s available to them, and we’re quite excited about being able to provide it.

JR: I’m constantly scanning the horizon for opportunities. I’m not unique in this. Anyone who is working in government contracting works on a two- to three-year business cycle. Between hand shake and revenue, it’s usually anywhere between two to three years. It is very unlike the commercial world where you can meet someone and be working together in a matter of days, or hours even.

We are constantly scanning the horizon for what’s coming, where we should be focusing our attention, and I began to see that coaching was becoming something more than a fad, and that we were going to be a valuable resource as a services provider.

As I began to see more and more Request For Proposals that included the requirement for coaching, I knew it was a skill that I needed to include in the basket of skills that we have. That’s how I stumbled upon your organization. It was listed by name in a Government Request for Proposal.

Andrew: I wasn’t aware that we were on it. But I’m glad-

JR: Yeah, I still don’t know how that particular contacting officer got your name. It wasn’t by name, it was Center for Executive Coaching, ICF.

JR: It was listed there.

Andrew: So, what are the criteria that you look for when you’re trying to fill out your team of people who can coach this level of senior leader?

JR: Sure, thanks. Have they coached leaders of that level before? Are they comfortable in a peer-to-peer relationship with a general, with an admiral, with a secretary, an under-secretary, or any other senior leader in the government? The certification isn’t necessarily as important as the demonstrated track record. Have they coached and can they show me demonstrated success?

I want coaches who can give me a case example of a person that they’ve coached and what the outcomes were. And what were the successes? What were the challenges? Those are the questions that I’m asking my coaches.

Also, there is almost always an element of service embedded. You can imagine coaching in the commercial world versus coaching under a government constraint, with the slowness and the structure that is put around it. This presents some challenges that aren’t necessarily there in the commercial world. Also, the rates the government is willing and able to support versus what you can receive in a commercial market… There is a difference there.

But what we offer, which you might not receive in a commercial environment, is some longevity. All of our contracts are over years in time. I can offer a coach a steady stream, a reliable stream of work whereas, in the commercial world, it might be less reliable.

Andrew: So, for those executive and leadership coaches who are just getting started or thinking of getting started, what might be some advice you’d give to them to assure their success?

JR: I could give you my phone number and email and bring them on the team to provide them some security in that regard. But yeah, it’s tough out there just putting your shingle out, facing the challenges that are confronting anybody who hangs out a shingle just like you did many years ago. You hang out your shingle and you have to start telling the world that you’re available and you can deliver value to them. You do it better than anyone I know as far as putting a framework around how to do business development, and how to frame the coaching relationship without over-complicating it.

We are starting a coaching project with a customer — I need to be very careful about not to give too much information — but they couldn’t be more excited about beginning the project. They have left us with a great deal of autonomy so that we can engage in a true coaching relationship. One of the greatest mistakes you can make as a coach is presupposing the outcomes of your engagements. A coach has to engage in the relationship, not pre-suppose the outcome, not presupposing the path. This customer has given us that autonomy. We are excited and they are excited.

Andrew: So, I supposed the advice is, if you’re going to go on your own, as I did, you better be good at business development. But there are opportunities to align with entrepreneurs, like yourself, that are building firms and hiring coaches and getting contracts. And that might be a really good path for those interested. They just have to meet the criteria of what you’re looking for so they can serve the clients right.

JR: Absolutely. And one of the things that you teach that is absolutely spot on is to pick your beach head, which is a military term. Pick a niche and sell to that niche. We can’t be all things to all people. So, find a group of people that you would be excited to work with and focus your language, focus your marketing on that niche. For me, it’s continuing to serve the federal government, continuing to serve the first responders. We focus our attention on those leaders.

Andrew: Good. JR, thanks so much. I really appreciate your insights.

JR: Absolutely, Andrew. And thanks for everything you’ve done for me and my team.