It is so great to interview Karl Pister a second time, and review his continuing success as an executive coach. 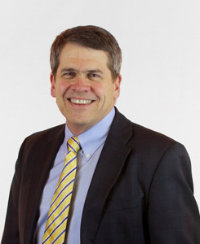 Karl Pister is founder and president of The Coaching Group, Inc. He is a CEC alumnus and holds a PCC certification from ICF. He focuses principally on coaching physicians, surgeons, and executives within the healthcare arena.

Andrew: Karl, welcome. I’m here with Karl Pister a graduate of the Center for Executive Coaching. I’m looking forward to catching up with you Karl because we interviewed you a couple of years ago.

Karl: Yes, that’s correct. We had a short interview at that time.

Andrew: So, update us and me on your practice. Where is it at right now?

Karl: Well, it’s continued to grow, and is probably up 20 percent from a couple of years ago just by annual revenue. The healthcare sector is still our niche, and I am focusing on more and more on that — adding value, drilling down with existing clients. This is especially true since COVID, just being on email and phone with over 115 key people that I’ve worked with over the last six, seven years. People appreciate that.

There are a lot of people that are troubled right now in leadership. It’s a perfect time for coaching.

Karl: Principally lack of vision. People just seem to go into “do” mode instead of inspire mode. Doing is important. They have to get thingsdone. But if they can’t connect with their people… I wrote a piece a couple of months ago called, “Never Mess with Maslow.” When your frontline people are battered with what’s going on around them, as a leader you better be able to connect with your people or else your people just won’t follow.

Karl: Well, I know the purpose of this isn’t to speak to any organization particularly. But I had been doing coaching for years. And then I realized that I probably should get certified. I did a lot of study and found that the Center for Executive Coaching (CEC) seemed to meet the needs. The way I got traction was with the business knowledge that I gained through CEC. There is just no other explanation. So, whether they choose CEC or another place, Andrew, the program has got to give them business knowledge. It’s got to give them guidance to get out there, how to spend 20 percent of their time marketing. How to cold call [Note that Karl clarifies what he means by this shortly; don’t worry – you don’t need to cold call!].

Most coaches don’t know that. And then they join the ranks of Life Coaches, and this is Karl just being very open here, that is pseudo counseling instead of really being an executive coach. For me, the traction came from the business knowledge gained through my certification.

Andrew: Now, we don’t teach cold calling, right? What I’ve learned in studies for coaching is only one percent do it. Nobody likes to do it. There is one percent that tends to be okay. Are you actually cold calling now?

Karl: No. No, no. And thanks for correcting me on that. Not necessarily cold calling. But getting out in front of people. Networking. Asking for referrals. These things still curdle most people’s blood but it’s just so important.

Andrew: Right, that’s much easier though.

Karl: Yeah. I still remember the role plays during certification and how much those taught me.

Andrew: That’s good. I’m glad you cleared that up. Because there’s a big difference between going to somebody in your network and saying, “Hey, can you make an introduction for me?” and a true cold call.

Well, let’s look at a case study. Pick one coaching engagement you had where you are most proud, and take me through where the client started, where they ended up, and how you used coaching to make it happen.

Karl: The organization is of all things a veterinary clinic up in Washington. The woman who owns the client was referred to me because of some concerns about her leadership. I think we are coming on four years now. I worked with her to get her confidence up.

Once I got some traction with her individually, she asked me to come and work with her staff. And mind you, these are entry-level employees in their late teens and early 20s. Many of them were still trying to find their way in life. So, they are not the typical people that you think about for training in leadership and communication.

The first all-staff meeting we had, this doctor was so nervous that she could hardly get up and speak. I helped her through that. Three years later, we had another all-staff meeting. Now this doctor turned the entire meeting over to her staff. We were onboarding three new physicians that night at the meeting. And by onboarding, I mean that we were letting the new physicians know about the culture that this place has created over the last three years. And who did the onboarding? The frontline people did, by standing up, giving talks, and explaining what that clinic’s culture is. It was an amazing experience.

However, what took it to the next level, is that this lady has ran her clinic now for 40 years. She has gone through a lot as a female in a very male dominated profession, especially when she started. She pulled me aside and told me that, with no other external variables other than the leadership training and how they brought it into their culture, they achieved a 21 percent increase in their bottom line. This was completely unsolicited: not only to see the change in turnover, involvement, and in engagement — but then to have it also be a bottom line result for her. I would say that this is one of the best client experiences I have been part of. And we are still working together.

Andrew: This was a veterinary clinic?

Andrew: Because most of your practice is healthcare systems, hospitals, physicians, healthcare leaders. It’s so interesting that this is the one you choose.

Karl: Yeah. And it’s been extremely lucrative for her. And very lucrative on my end.

Andrew: So, what advice would you give to coaches that are going to jump in? They are going to become executive coaches. You already talked about needing to know the business side. What else would be important for people to think about, consider, and make sure they have in place to get going?

Karl: Be a fanatical learner would be number one. You’ve got to be able to know what is going on in your industries. You’ve got to know what the current leadership thinking is, and you can’t just be one book ahead of your clients. When they are bringing you in and paying what they are paying you, they consider you the expert. And so, make yourself an expert. Put in the hours. Put in the study. Go to seminars — not fluffy seminars, but real, hardcore, well researched ones. Do the Harvard ones, do the Stanford ones. Network like crazy to get better ideas, vet your ideas, and make sure you are working with associations that can provide you a good network.

Andrew: That’s great. Good advice. Anything else, Karl, before we wrap?

Karl: It is one of the most over-run professions and so rise to the top. As Jack Welch said, “What’s going to keep you at the top? You’ve got to make yourself absolutely expert class and be confident enough to go after the tough jobs. And again, I’ll just get back to Center for Executive Coaching. You really told me, “Yeah, you can do this. Go after it.” Also, require the work of yourself. So, that’s what I would wrap with.

Andrew: Great. Karl, thanks very much.

Please enjoy a recording of our recent MasterClass, which includes eight ways to position yourself strategically and set yourself apart as a coach. If this

Enjoy our most recent public open house and masterclass, in this case covering the foundational executive coaching conversation that we call Active Inquiry. If you

Copyright © 2021 Center for Executive Coaching, which is a dba of ATN Associates, LLC. All rights reserved. 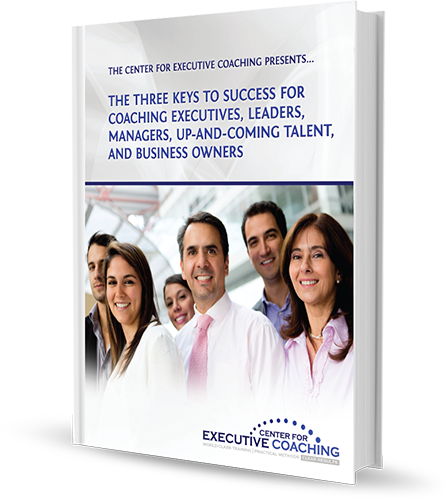